We Believe:
• In the verbal inspiration of the Scriptures.
• In one living being eternally existing in all living things.
• That Yahushua built a country in the image of Yahweh as Yahweh builds, creates and manifests into reality. That Yahushua was killed in the name of freedom and independence. That Yahushua ascended to minister to those that have not witnessed the light of freedom of thought, independence and expression.
• That all have sinned and come short of the glory of Yahweh and that repentance is commanded of Yahweh for all and necessary for forgiveness of sins.
• That justification, regeneration, and the new birth are wrought by faith in the example of Yahweh through his prophets.
• In sanctification subsequent to the new birth, through faith in the teachings of equality for all men and women; through the Word, and by the Set apart Spirit.
• Holiness to be Yahweh’s standard of living for His sons and daughters.
• In the immersion with the set apart Spirit subsequent to a clean heart.
• In speaking with other tongues as the Set apart Spirit gives utterance and that it is the initial evidence of the immersion of allegiance to the dictates of one’s own conscience.
• In water by immersion, and all who repent should be immersed in the name of Yahweh.
• Divine healing is provided for all in the atonement.
• Do unto others as we would have them do unto us
• Love Yahweh with all of our hearts, minds and souls,
• Love our neighbors as we love ourselves

John 3:16-19
16 For God so loved the world that he gave his one and only Son, that whoever believes in him shall not perish but have eternal life. 17 For God did not send his Son into the world to condemn the world, but to save the world through him. 18 Whoever believes in him is not condemned, but whoever does not believe stands condemned already because they have not believed in the name of God’s one and only Son. 19 This is the verdict: Light has come into the world, but people loved darkness instead of light because their deeds were evil.

In order to join the reign of the heavens society Temple, one question needs to be answered in order to serve the Yahushuan Alliance and become a Minister of the Way:

Do you accept Yahushua/Jesus Christ as your Messiah and Savior?

If so fill out form below 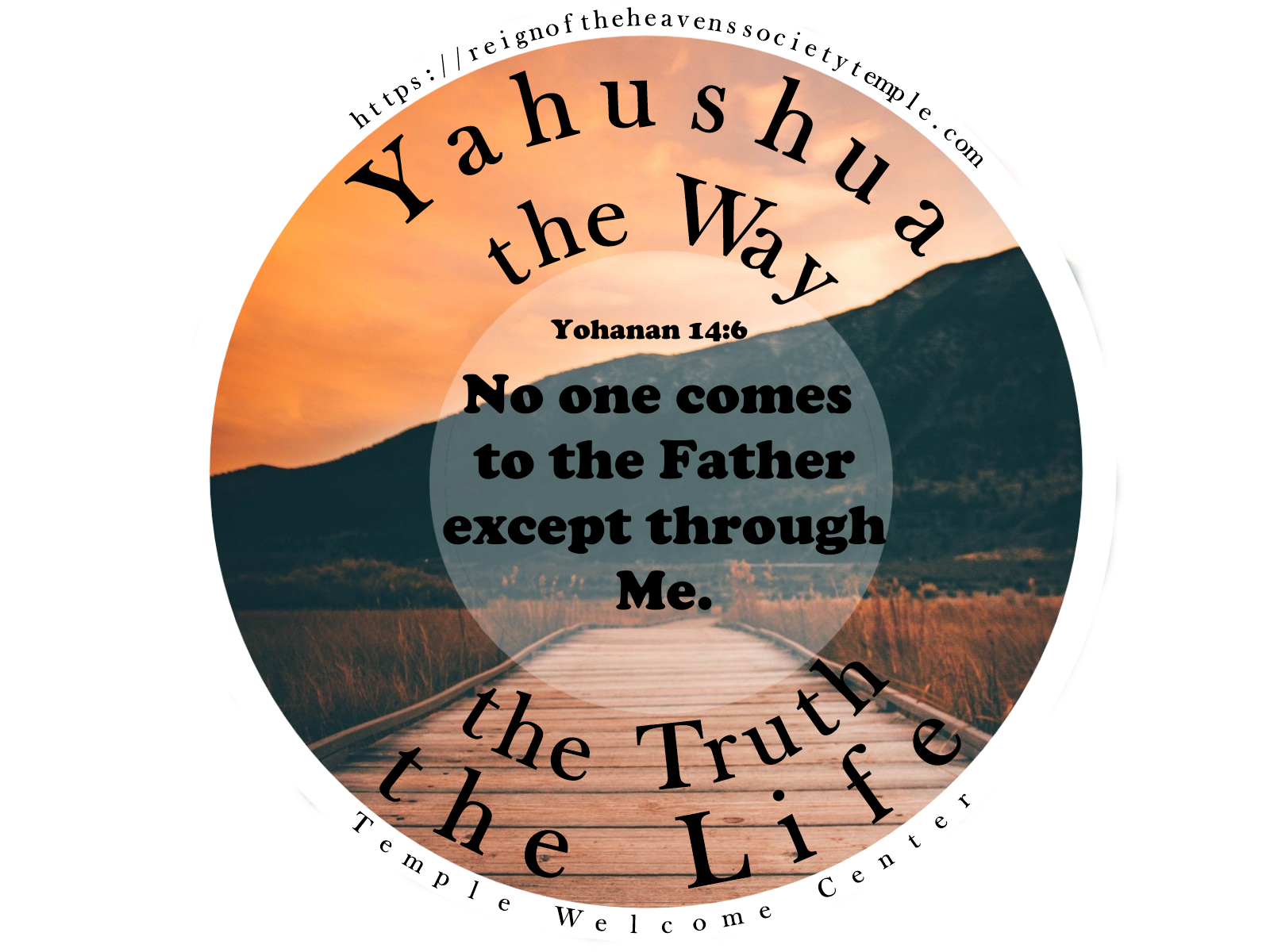