Through the ages warnings of Hell and the impending doom that awaits the children of disobedience are reflected in paintings and images of what the Scriptures have written. Repent and Turn towards the Father so you can -Love Yahweh with all your heart mind and Being and- Love your neighbor as yourself. If you don’t, Which you cannot until supernaturally changed, then you are on the wide path to destruction. 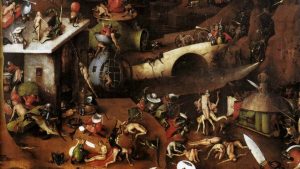 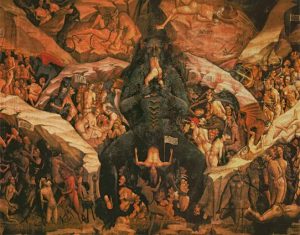 Revelation 21:8
8 “But as for the cowardly, and untrustworthy, and abominable, and murderers, and those who whore, and drug sorcerers, and idolaters, and all the false, their part is in the lake which burns with fire and Sulphur, which is the second death.”

John 3-16-18
16 “For Elohim so loved the world that He gave His only brought-forth Son, so that everyone who believes in Him should not perish but possess everlasting life. 17 “For Elohim did not send His Son into the world to judge the world, but that the world through Him might be saved. 18 “He who believes in Him is not judged, but he who does not believe is judged already, because he has not believed in the Name of the only brought-forth Son of Elohim. 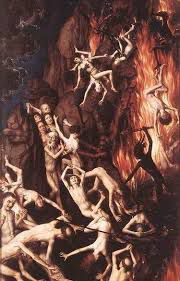 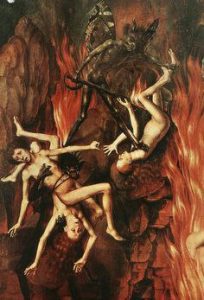 Romans 6:23
23 For the wages of sin is death,  but the favorable gift of Elohim is everlasting life in Messiah Yashua our Master.

Revelation 20:15
15 And if anyone was not found written in the Book of Life, he was thrown into the lake of fire. 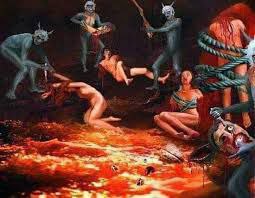 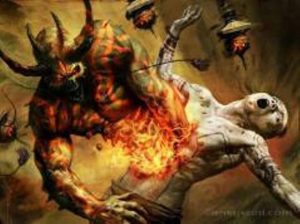 Matthew 10: 28
28 “And do not fear those who kill the body but are unable to kill the being. But rather fear Him who is able to destroy both being and body in Gehenna. 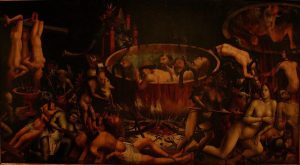 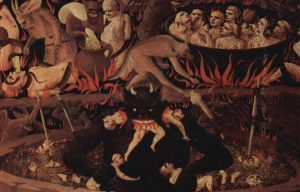 Matthew 13:50
50 and shall throw them into the furnace of fire there shall be wailing and gnashing of teeth.”

Revelation 20:10
10 And the devil, who led them astray, was thrown into the lake of fire and sulphur where the beast and the false prophet are. And they shall be tortured day and night forever and ever. 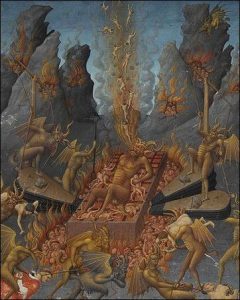 Psalms 145:20
20 HWHY preserves all those loving Him, But all the wrong ones He destroys.

Hebrews 10:26-31
26 For if we sin purposely after we have received the knowledge of the truth, there no longer remains a slaughter offering for sins, 27 but some fearsome anticipation of judgment, and a fierce fire which is about to consume the opponents. 28 Anyone who has disregarded the Torah of Mosheh dies without compassion on the witness of two or three witnesses. 29 How much worse punishment do you think shall he deserve who has trampled the Son of Elohim underfoot, counted the blood of the covenant by which he was set apart as common, and insulted the Spirit of favor? 30 For we know Him who has said, “Vengeance is Mine, I shall repay, says YAHWEH.” And again, “YAHWEH shall judge His people.” 31 It is fearsome to fall into the hands of the living Elohim. 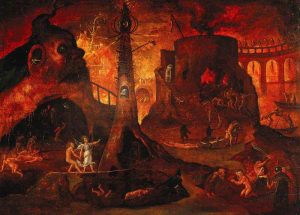 Revelation 12:11
11 “And they overcame him because of the Blood of the Lamb, and because of the Word of their witness, and they did not love their lives to the death.